Hey Traveller! Tired of Expensive RV Repairs? Sick of wasting your time at the Mechanic? Learn to Fix It Yourself from a Certified RV Mechanic! Check out the Fix It Yourself RV Repair Course

Having a composting toilet in your RV is not a concept many people have considered. Understanding how they work and what are the best situations to have one in are some of the many things you should understand before considering installing one in your motorhome or travel trailer.

So, how do composting RV toilets work? Composting toilets use microbes to break down waste products into safe compost over long periods of time. With proper care and maintenance, they can be a great choice for a toilet, but there are also some significant drawbacks to consider.

Whether you’re not quite satisfied with your current setup or you’re just interested in learning more information, you probably have questions. I’ll walk you through the process from fresh to fertilizer, and go through the benefits and drawbacks.

What is a Composting RV Toilet?

If you’re like I was, you’re probably wondering exactly what is a composting RV toilet. You’re likely already familiar with the normal RV toilet: use the toilet, flush it into the black water tank that’s been treated with chemicals, then periodically empty the sewage at a dump station via your black water hose.

A composting toilet uses the power of microorganisms to eventually break down your waste into fertilizer. The compartment for the compost can either be self-contained, meaning it is built into the model or central, meaning it is located below the toilet in a different area.

Central composting toilets tend to take up more space and would cut into your storage under the RV, so self-contained models are generally recommended for RV use.

How do Composting Toilets Work?

So how does an RV composting toilet work? If you’ve just bought a new composting toilet, you’ll spray down the surfaces with the provided activator fluid and then put in sphagnum peat moss or ground coconut husk until it is just below half-full with enough water to make it moist, but not enough to soak it. Once the toilet is prepped, you’re ready to…uh…go.

The first thing you want to do when using a composting toilet is to do your business. You don’t have to do anything special beforehand for preparation, but once you’re done you’ll then “flush” it down along with a cup of peat moss or coconut husk. Composting toilets don’t use water to flush – the contents just drop down into the next compartment when the trapdoor opens.

Fluids will go to the front and solids will go to the back in most models, or in some they can mix together instead. The ones that don’t mix the two tend to smell better, but more on that later. The majority of composting toilets separate the solids and liquids so I’ll explain the rest using that model.

If you’re just going #1, it is recommended that you have a separate waste basket to put your toilet paper in. If you’re going #2, it’s ok to put the toilet paper in the compartment with the waste.

Now that the waste is in that compartment, that’s where the composting occurs. It usually takes around 6 months for the compost to break down to the point that it is usable (aka fertilizer), and some models will have another compartment for old compost so that you can keep it separate from fresh stuff. This second compartment is called the finishing drawer.

A fan is built into the main compartment to constantly draw air in from the RV and then blow it out outside. The fan maintains a constant oxygen supply to the microorganisms so that they can continue to do their work and it keeps smells from building up in the toilet (and your RV!).

You’ll want to rotate the drum in the compartment that holds the compost every 3-4 days to turn the contents and make sure all of it gets access to air. There is usually a handle on the front or side that allows you to easily do this, or some models have an agitator that stirs the contents rather than turning a whole drum.

When the liquid storage fills up to about 2/3 to 3/4 of the way full you will need to empty it. Don’t wait until it is full to the brim to empty it since that’s a recipe for disaster.

There are several places you can empty your liquid tank like a regular toilet, pit toilet, or even down your shower into your black or grey water tank.

If you have a garden, the urea in urine can be used by your plants as a nitrogen source. Just know you should dilute it before apply to your plants. Gone with the Wynns have some ideas about where they dump their liquid waste.

Your liquid storage will probably need to be emptied every 2-3 days. It’s also a good idea to buy a backup liquid storage tank (Amazon link) just in case you aren’t able to find some where to safely dump your fluids.

When the solids storage fills up (usually every 3-4 weeks), how you empty it will depend on the style you have. For the toilets with a drum and a finishing drawer, all you have to do is pull out the finishing drawer and dump it into a bag.

If you have a single compartment for solids, it involves a bit more disassembling. You’ll have to remove the seat, take out the liquid storage, then dump the solids into a bag right from the compartment.

You’re probably thinking hold on, pump the brakes – you told me that it takes 6 months for my waste to turn into usable compost but I’ll have to empty it every 3-4 weeks. How does that work?

The answer is that unless you go for long periods without using your RV toilet, it’s not likely that you will be able to get usable compost from it. To dispose of the compost then, you can either put it in a worm bin or a similar composting bin that you will have to store separately or throw it in the trash.

If you throw your compost in the garbage then remember to use a compostable bag so it can continue to breakdown in the landfill. And don’t worry it’s legal most places to dispose of human waste in the garbage, just think about diapers and your compost will actually decompose! 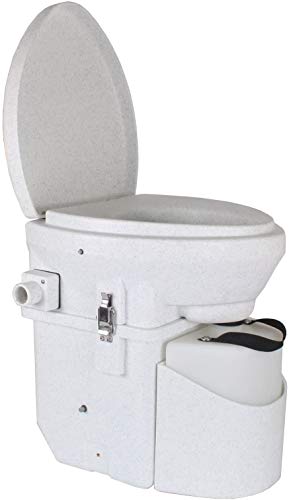 Benefits of Composting Toilets in RVs

When all goes well with a composting toilet, you can see some great benefits. The first is that you don’t have to use as much water. This is especially helpful if you do a lot of dry camping, when every drop is precious and counted. It also allows you to winterize and use your RV in the winter easier

Again – when all goes well – you’re actually less likely to have odors than when you use a regular toilet setup. You don’t have to add chemicals to the toilet and the only thing required to keep the smells down is the fan.

Another perk is you don’t have to worry about water issues. Things like a running RV toilet or a toilet that leaks around the base will be a thing of the past.

One of the best benefits of a composting toilet is that they are great for the environment. Treated water from sanitation plants is often a major source of pollution when it enters into rivers and waterways, and even though your compost is likely going in the garbage it will still finish decomposing in much less time with a much smaller footprint overall.

Drawbacks of Composting Toilets in RVs

I’m sure you’ve noticed how many times I’ve emphasized ‘when all goes well’ when talking about RV composting toilets. That’s because when things go wrong it stinks…literally.

One potential drawback is the smell. When all is not well you can have a very stinky problem on your hands, and there are multiple ways it can happen. First, your exhaust fan is the only thing between you and the smell of your compost. If that breaks or if you can’t power it then you’re going to get odors.

Another way to get odors is if your #1 and #2 mix. Fortunately, most composting toilets are designed to divert the urine to the front of the bowl so it will be automatically be separated from the solids. If you find your liquids and solids are mixing you can always add more coconut coir or moss to help absorb some of the excess moisture.

Bugs are also a potential drawback that shouldn’t happen if all goes well (there it is again). There is a screen over the outlet for the fan that keeps bugs out normally, but if anything happens to it you’ll quickly get a bug problem. Then you’ll have to completely clean it out and start over in order to get both the bugs and their new eggs out of your toilet.

An additional drawback is the maintenance. It’s only too easy to kill the microbes in your toilet – whether by accidentally adding cleaner, forgetting to turn the compost or by smothering it with too much material. If your toilet dies, you have to clean the whole thing out and start over.

Even if all goes well, two people using the toilet will probably fill up the liquid storage in 2-3 days. That means you’re going to have to find somewhere to dispose of your pee 2 to 3 times a week.

A composting toilet costs more upfront, and once you factor in the cost of peat moss vs chemicals it ends up being more expensive in the long run as well. You also have to consider how you’re going to run the exhaust and how you’re going to power the fan if you’re installing one where a regular toilet used to be.

Composting toilets have the potential to be a great alternative to your RV’s regular toilet system, as long as you care for them properly. While they may cost more many who have made the switch cannot imagine going back to the old style of RV toilet. Just be prepared to get down and dirty with your compost when all does not go well!

link to How to Store an RV Battery for the Winter

Storing your RV’s battery over the winter is a great way to increase its lifespan. There are several systems in your RV that run constantly and will drain your battery, and even worse - your...

Continue Reading
link to Will RV Antifreeze Harm a Septic System? What You Should Know

Almost every RVer is going to have to winterize their unit at some point, and once the winter passes you’re probably going to be wondering how to dispose of RV antifreeze. You may also be worried... 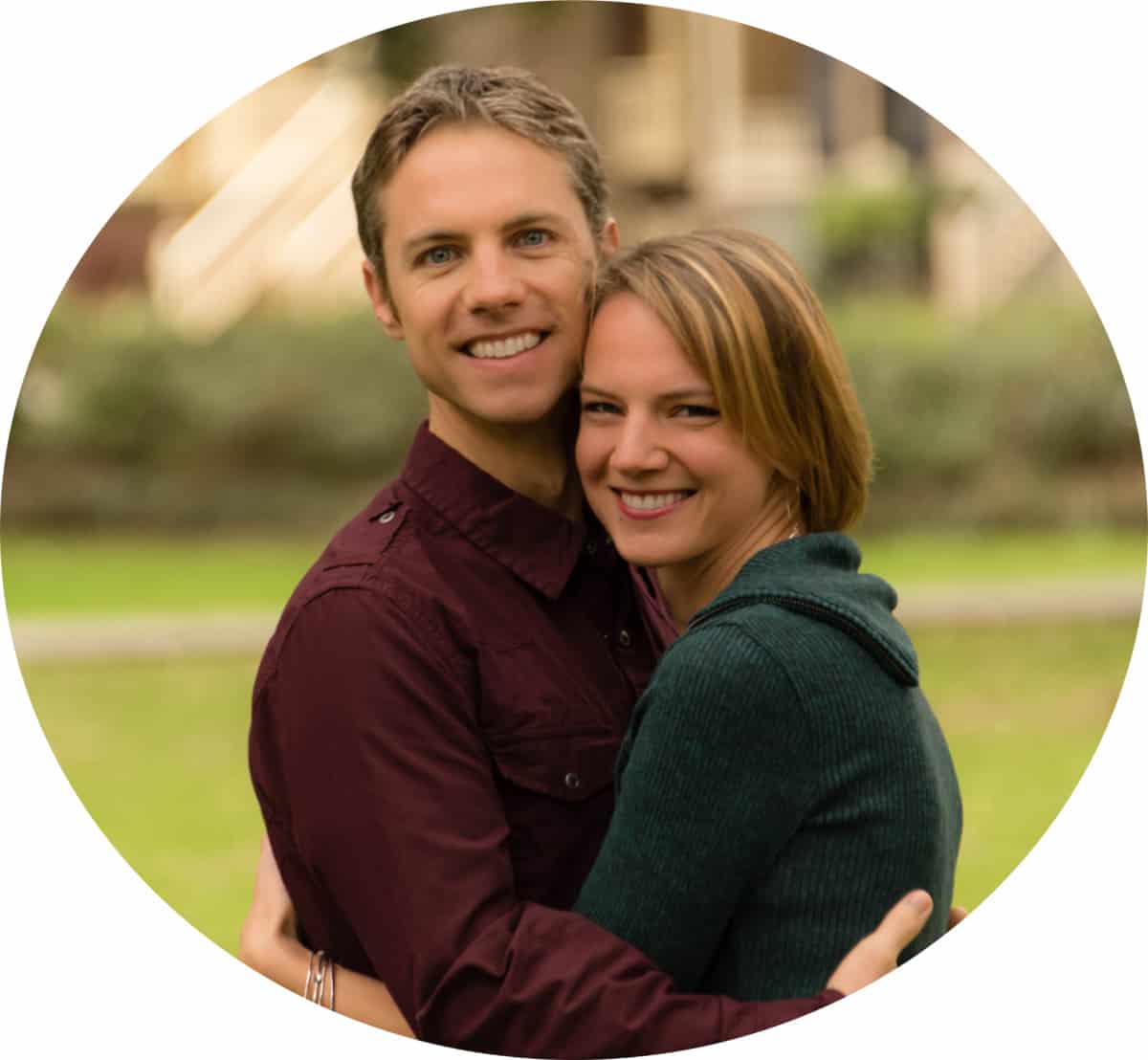 Diane and Beau, are a family obsessed with getting the most out of life. We love to explore new places in our 1994 Safari Trek. We renovated it from top to bottom and are now exploring North America together with our little girl.

This site is a participant in the Amazon Services LLC Associates Program, an affiliate advertising program designed to provide a means for sites to earn advertising fees by advertising and linking to Amazon.com. We are compensated for referring traffic and business to Amazon and other companies linked to on this site. 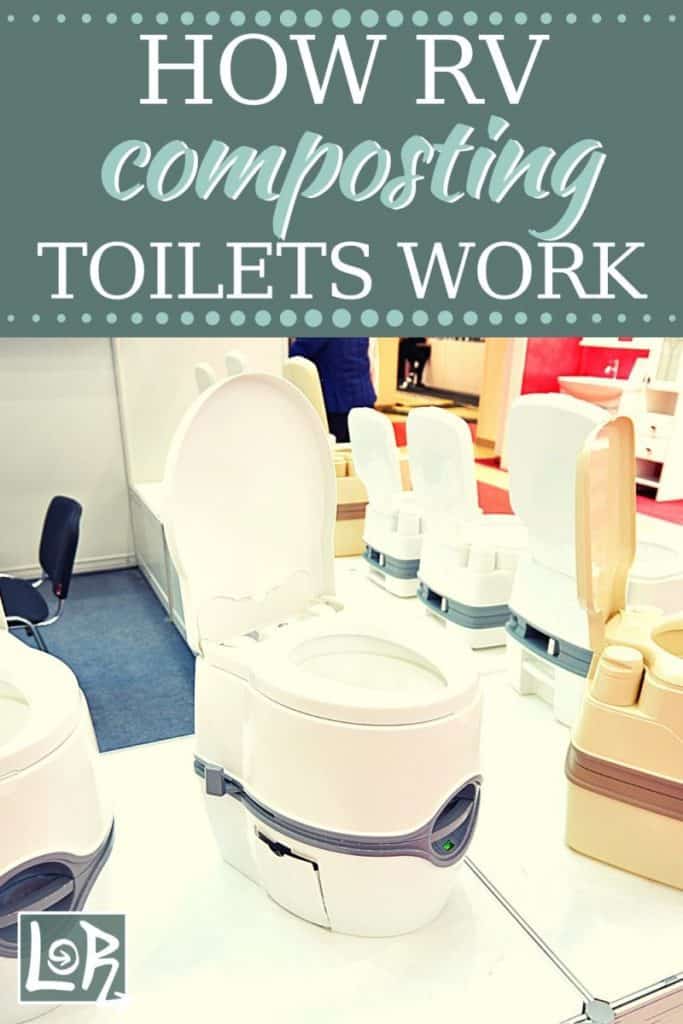